In the spring of 1976, Ken Cable, Director of the Council of Churches, Beth Coleman, a nutritionist, Bill Leighton from Catholic Charities and Marion Schick, chair of the Community Affairs committee of the Council, met in Ken’s office to discuss setting up a warehouse so the pantries who were serving their various communities by giving food to needy families would have a central place to get food for their pantries. Ken contacted the Akel brothers who owned the local Giant Markets and they agreed to sell the Council food at wholesale prices. Also, Ken contacted West Presbyterian Church and they agreed to let the Council use the basement of the carriage house to store the food. That was the start of the first warehouse. Scoville Ford donated the first van so food could be delivered to the pantries. Catholic Charities paid for the gasoline the van used for the first year. Belknap Lumber donated the shelving for the warehouse. Ken raised the first five hundred dollars to buy food from individuals, churches and businesses. The warehouse started operations in the fall of 1976. Grace Cable and Marion Schick volunteered to run the warehouse and they ordered the food, put it on the shelves and filled the orders from the pantries. A driver for the van and another man loaded the food into the van and delivered the orders to the various pantries. George Richards was one of the first men hired to work for CHOW®.

At the first meeting we did discuss a name and came up with Christian Outreach Warehouse. Ken stated he was not going to have a “Moo Wagon” so since the program was about feeding the hungry we decided to call it Christian Hunger Outreach Warehouse or CHOW®. Later when some of our other religious friends wanted to help us the name was changed to the Community Hunger Outreach Warehouse. To finance the operation we depended on individuals, churches, businesses and community organizations for funding. After awhile we had twice a year fundraising at the local Giant Markets. Round Up came into being, and is being continued with WEIS markets, as did the Hunger Walk as fundraisers. Other fundraisers included the CHOW® Hunger Walk, which started in 1982, and twice a year fundraisers at local Giant Markets. Round Up for CHOW® was created with Giant Markets and is being continued with Weis Markets. The program has expanded with Broome Bounty serving soup kitchens and churches that have no cost meals for those in need. The coupons from Round Up give persons who come to the pantries the opportunity to have fresh fruit, vegetables, meat, bread and dairy products in addition to the canned foods and other staples.

The “Community” part of CHOW has proven to be its most critical and most effective component. From food drives at local schools, our annual Hunger Walk with 800 walkers last year, people filling the CHOW® barrels throughout the county, and children in the community turning their birthday parties into CHOW® food collections, the community makes CHOW® happen. These grass roots food drives augment the outstanding involvement of local businesses in raising food and funds to keep CHOW® operating. It is truly a community effort to feed our neighbors. From its humble beginnings CHOW® has grown to the point where this year we will distribute nearly two million pounds of food. We now have four trucks to keep food moving in and out of our warehouse. But it’s the hundreds of volunteers and the continued support of many, many people who contribute both food and money on a regular basis that make CHOW® a community response to hunger in our area. CHOW® depends on the generosity of the people of Broome County. Donations of food can be made Monday through Friday, 8:00 AM – 4:00 PM at our warehouse on 3 Otseningo Street on the south side of Binghamton. Large donations of food can be picked up by one of our trucks. Call 607-724-9130 or e-mail mail@broomecouncil.net for more information. 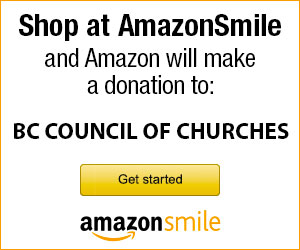