On a chilly day in Binghamton, a group of representatives from Weis Markets and Hormel Foods gathered in the parking lot at the Robinson Street grocery store to load more than 2,000 hams into a truck and help fight hunger this holiday season.

According to the Food Bank of the Southern Tier, an organization partnered with CHOW, 27,150 people in Broome County were food insecure in 2016. CHOW distributed 3.7 million pounds of food to families in need during that time. 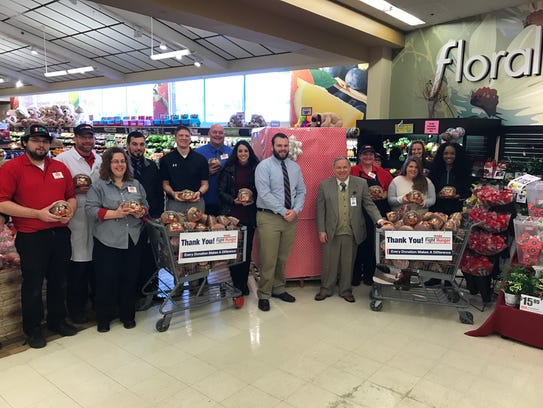 Weis Markets and Hormel Foods partnered to donate 10,000 pounds of ham to CHOW on Thursday. (Photo: Photo provided)
On Thursday, Weis Markets and Hormel Foods donated 10,000 pounds of ham to CHOW, which will help the organization provide 20,000 meals to those residents who might not be able to provide their families with holiday meals this year, through its network of 30 food pantries, 35 soup kitchens and community meal programs.

“Broome County is home to nearly 30,000 individuals who do not know where their next meal is coming from,” said Jack Seman, CHOW director, in a statement. “This time of year often becomes an added stress for these community members.” 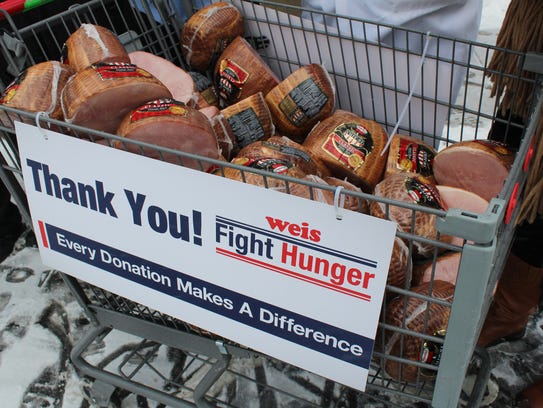 Weis Markets and Hormel Foods partnered to donate 10,000 pounds of ham to CHOW on Thursday. (Photo: Photo provided)
Associates and representatives of Weis Markets, Hormel Foods and CHOW filled grocery carts and lined up outside the Robinson Street store Thursday morning, creating an assembly line to quickly pack ham after ham into a large refrigerated truck, headed for CHOW. 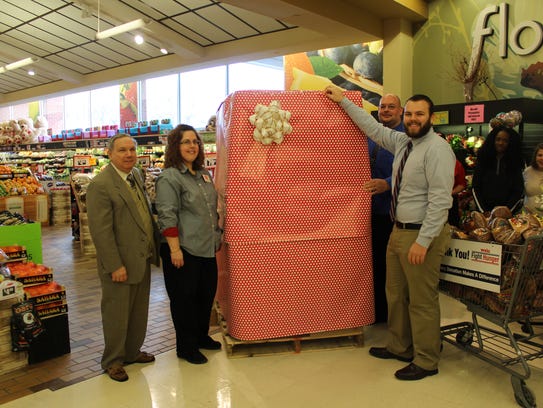 From left: Weis Markets Vice President of Advertising and Marketing Ron Bonacci, store manager Andrea Aston, CHOW program director Jack Seman and district manager Jeremy Latimer (Photo: Photo provided)
“The Weis Markets Fight Hunger program is an incredible way to give back to the community, and we hope that this inspires people to be more generous during the season of giving,” said Bryan Holzhauer, Hormel Foods territory manager.